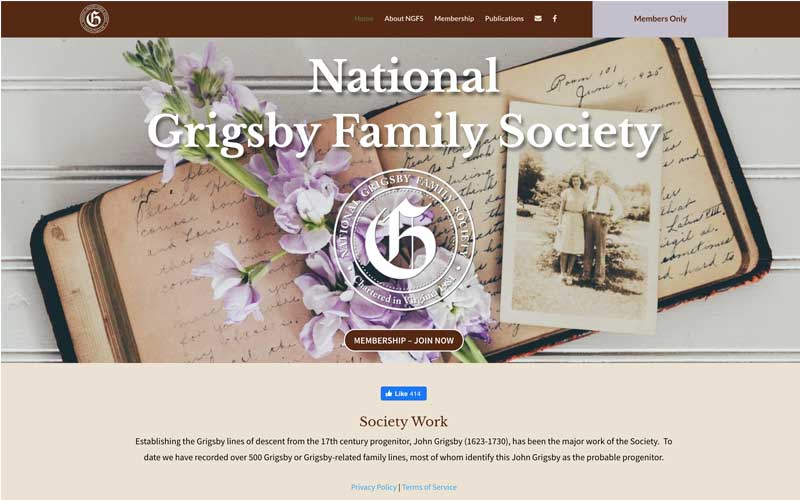 The Society is tasked with establishing the Grigsby lines of descent from the 17th century progenitor, John Grigsby (1623-1730), has been the major work of the Society.

The second site (National Grigsby Preservation Foundation) was incorporated in 2008 as a charitable arm of the National Grigsby Family Society (NGFS). The purpose of the NGPF is to provide family members a resource pool for giving back to the greater community.